The two women were traveling eastbound in a Toyota Corolla when a man crossed into their lane of traffic, crashing into the Toyota. The man was driving a Honda Santa Fe. 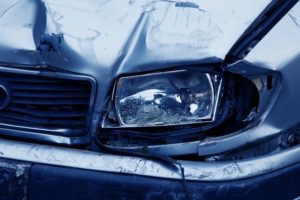 The woman sitting in the passenger seat was removed quickly after the crash and taken to a local hospital where she was said to be in stable condition. Reports indicated that the other woman was trapped in the Toyota for nearly 20, while firefighters worked to remove her. She was also taken to a local hospital in critical condition but has been said to be stable now.

A witness on the scene told officials that the driver of the Honda disposed of beer cans after the crash. Police performed a sobriety test on the Honda driver, which he reportedly failed.

More often than not, crossing the center line while driving leads to wrong-way collisions, which then can lead to untimely deaths. Because a car is heading at you in the opposite direction in dangerous speeds, the consequences are deadly. According to the FHWA, in the United States, WWD crashes result in 300 to 400 people killed each year on average, representing approximately 1 percent of the total number of traffic related fatalities that occur annually.

Don’t let a wrong-way collision halt your life for the worse. If you or a loved one were involved in a car accident with a wrong-way driver, immediately contact a legal expert to help you evaluate your options. Call car accident attorneys Sutliff & Stout at (713) 405-1263 or send us an email to discuss your car accident injury case.