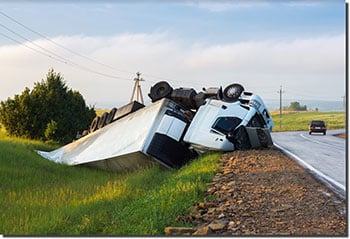 A Nissan Pathfinder carrying five children was traveling northbound on Highway 77. The driver made an attempt to avoid hitting the jackknifed 18-wheeler on the highway but overcorrected and collided with the second semi-truck.

The driver has been identified as 26-year-old Chelsea Dawn Frances Olsen. She was transported to Dell Seton in critical condition.

Lillian Castro, 13, was transported to Dell Children’s Hospital where she later died.

Two children were ejected from the vehicle with three pronounced dead at the scene. The children were identified as three-year-old Daniella Castro; two-year-old Sebian Castro; and seven-year-old Trenton Ryan Wright. They were transported to the Travis County Medical Examiner’s Office.

Authorities are trying to determine the relationship between everyone in the car.

The highway was wet at the time of the collision, but it is undetermined if the weather played a role in the accident. Crash investigators will consider all factors and police reports will be made available in fourteen days.

If you or a loved one were involved in a truck accident, it is important to contact a legal expert to help you evaluate your options. Call (713) 987-7111 or send us an email to discuss your car accident injury case.