Drunk driving is problem all year-round, but it’s an especially big problem over holiday periods.

With the Fourth of July right around the corner, our research team examined Texas crash data to see whether, and to what extent, there is an increase in drunk driving crashes, injuries, and deaths over Independence Day. The results of our research is below.

For complete details on the methodology used to gather and analyze this data, click here. 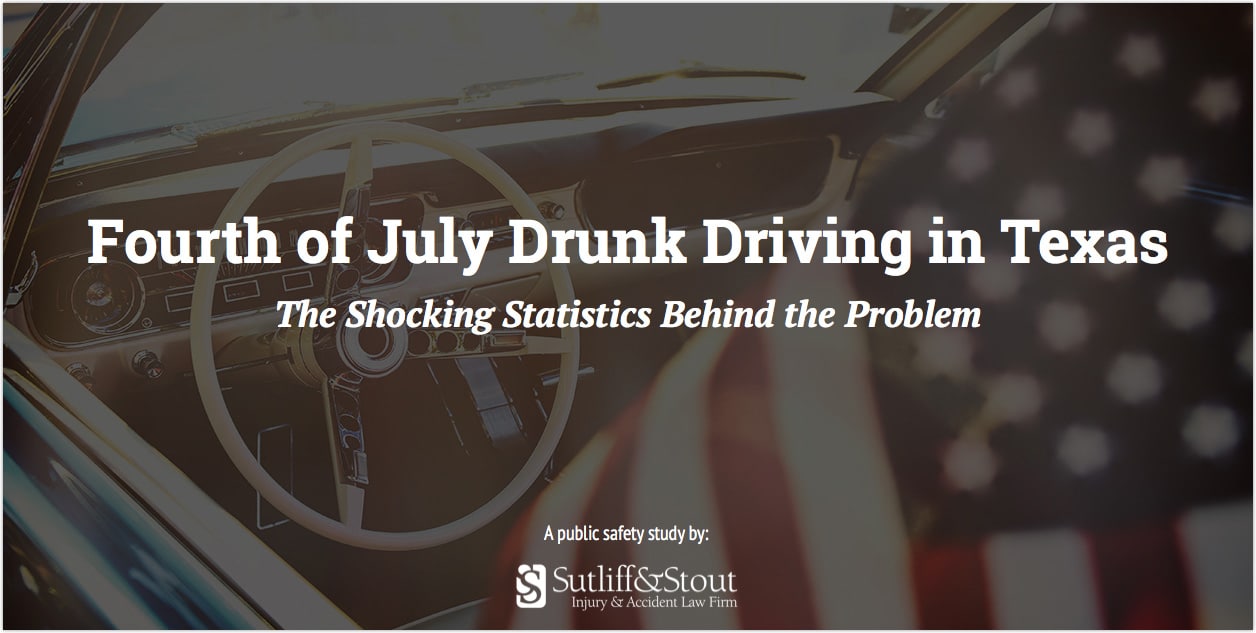 Analysis of drunk driving crash data from 2010 to 2017 reveals that, during the Fourth of July:

The chart below displays the raw counts counts of drunk driving crashes, fatalities, incapacitating injuries, and total injuries from 2010 to 2017 on the Fourth of July in Texas:

The Most Dangerous Texas Cities for Fourth of July Drunk Driving

Not surprisingly, Texas’s largest cities are also home to the most crashes involving drunk drivers.

The chart below ranks the 10 Texas cities which have had the largest number of crashes, deaths, and fatalities caused by drunk driving on the Fourth of July over the past 8 years. 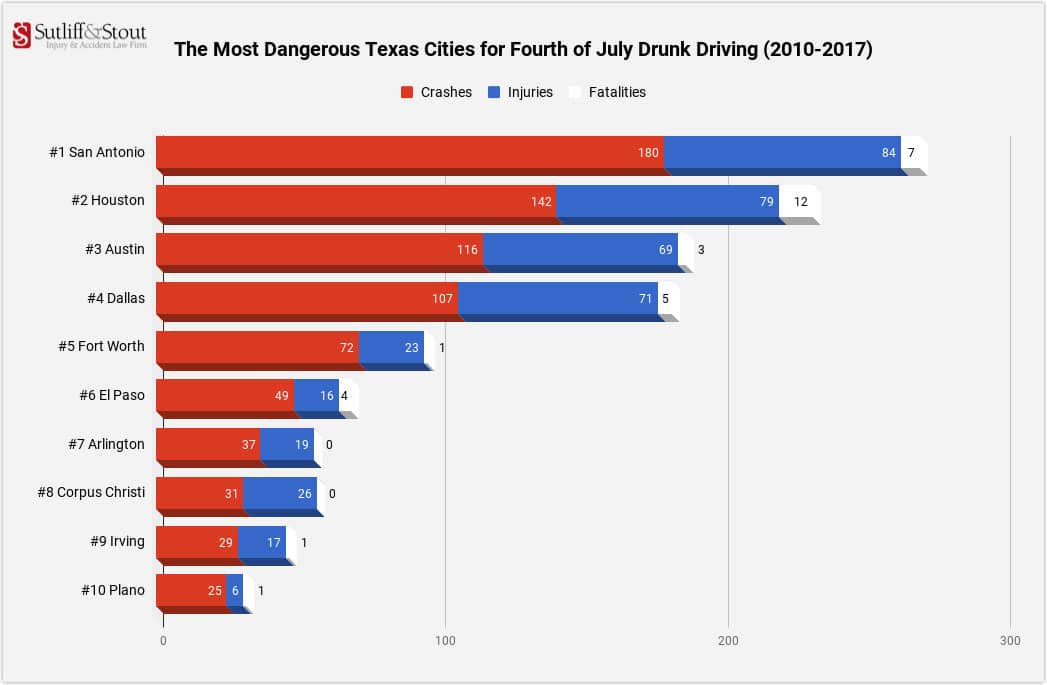 The chart below was created by looking at which cities see the largest increase in crashes over the holiday period when compared to a control period. The results are interesting, though not necessarily surprising: 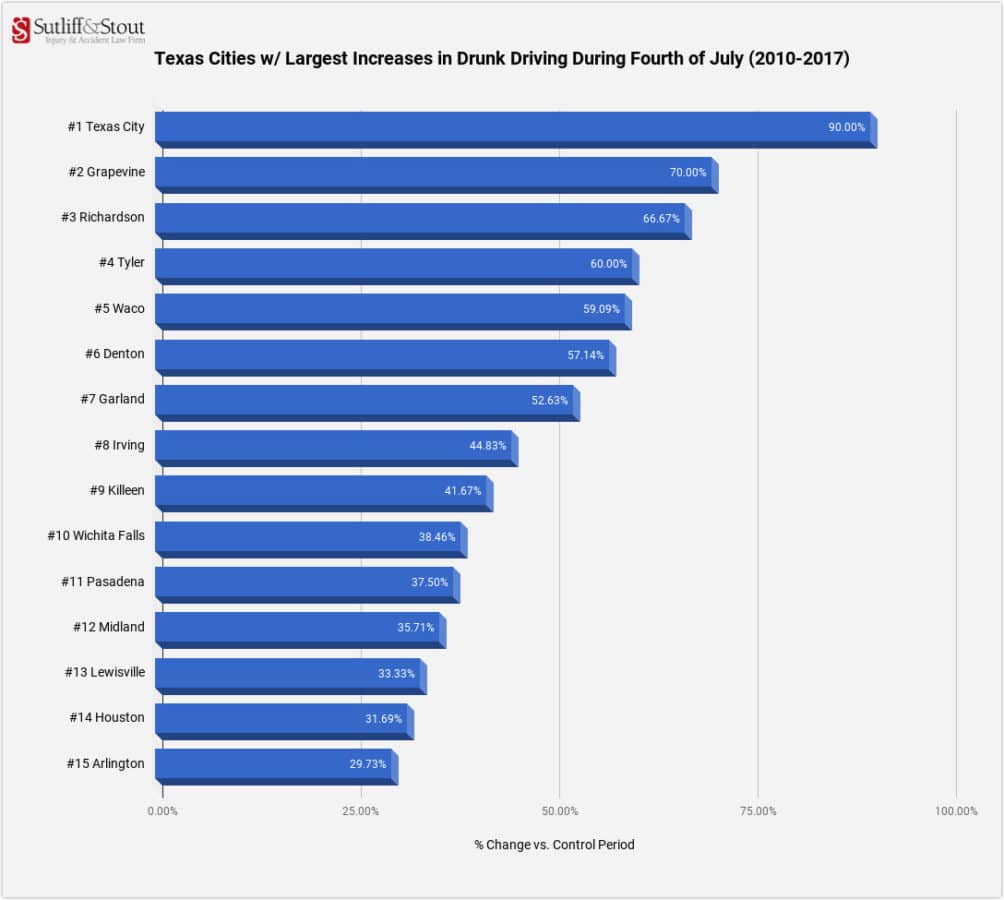 Next, let’s look at the changes in drunk driving across Texas’s five largest cities: Houston, San Antonio, Dallas, Austin, and Fort Worth.

This Fourth of July, be part of the solution, not the problem

The data speaks for itself. While drunk driving is always an serious problem, it is especially so over holidays like the Fourth of July.

If you celebrate Independence Day by having a few cold ones with friends and family, make the smart decision and arrange a sober ride home. If you’re in Houston or Austin, be sure to take advantage of our No DWI Free Holiday Rides program. If you’re elsewhere, take a cab, an Uber or Lyft, or arrange for a designated driver.