Keith Brazier, a 28-year-old, has been identified as the driver of the Toyota. Brazier was reportedly just released from jail hours before, after serving time for his third DWI offense. Alcohol is believed to have been a factor in this accident as well. 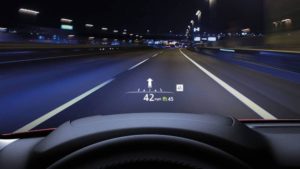 Witnesses gave reports to police that they had seen Brazier, driving the Toyota, speeding westbound on Avenue O just before he struck the Jeep on 41st Street.

Two other passengers that were in the Jeep at the time of the crash remain in critical condition in a local hospital. A passenger from the SUV was also taken to a local hospital after the accident but is said to be in stable condition.

Brazier is in police custody at this time and his bond has been set at $500,000.

Thousands of individuals are hurt in high-speed car accidents each year. Despite the knowledge that speeding is dangerous, speed remains one of the leading causes of car accidents. Speeding not only increases the likelihood of crashing but also substantially furthers the risk for catastrophic injuries or death among victims.

At Sutliff & Stout, we’ll enlist all our internal and external resources to build your case and craft a winning strategy. We believe there is no excuse for speeding, which is why we work hard to bring justice to those who have been wronged. When you contact us after an injury, our priority is to be of valuable service to you. Request your free, no-obligation consultation with one of our injury lawyers by calling (713) 405-1263 or completing our contact form today.