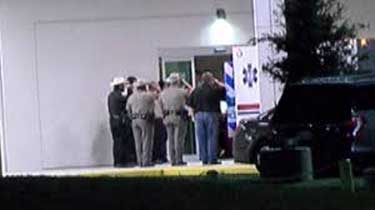 According the Sheriff’s Office, the 24-year-old female deputy was responding to a high water call. Around 9:45 p.m. she reported that her vehicle had rolled into high water and landed in a ditch where it was trapped.

(UPDATE – 11:17 am): Loren Vasquez 23-year-old female deputy was responding to a high water call. Around 9:45 p.m. she reported that her vehicle hydroplaned, rolled over and landed in a ditch where she was trapped.

Shortly after, police were dispatched to the crash site on FM 362 at Hoover. One deputy told dispatchers he had broken a window, but had difficulty opening the doors.

The deputy was taken to Memorial Hermann Cypress where she was later pronounced dead.  Authorities are waiting to release more information until the family is notified.