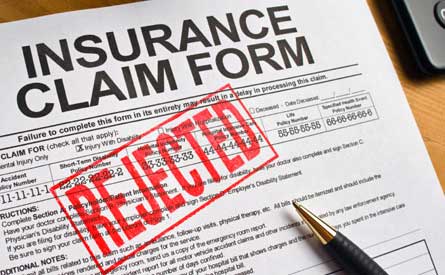 Personal injury cases can evolve from a number of different occurrences, such as a car accident, medical malpractice mistake, dog bite, or a slip and fall. When someone has a personal injury case, whether it be from a car accident or a medical malpractice issue, an insurance company will likely be involved.  Usually an insurance claim will be filed before filing a lawsuit.

If a doctor makes a mistake during a procedure, the patient may file a claim through the doctor’s malpractice coverage. Furthermore, if a customer slips and falls in a store, he or she may file a claim with the store owner’s insurance company.

The claims adjuster will be looking for evidence that the insured was at fault. He or she will also examine anything showing the injuries required medical attention, which resulted in substantial medical costs to treat the injury, out-of-pocket costs related to the accident, inability to work or earn because of the injuries, and continued pain and suffering caused by the injuries sustained from the accident.

After the investigation is over, negotiations will begin.  If a settlement cannot be reached, however, the injured party may wish to file a personal injury lawsuit.

If an agreeable settlement cannot be reached, a lawsuit may be necessary.  There are substantial expenses that come along with filing a lawsuit, however, which should be considered before filing.  The proposed settlement needs to be weighed against the cost of filing the suit.

Typical expenses involved in a lawsuit include:

If the other party can prove that you share some part of the blame for the injuries that you sustained, then any personal injury award may be reduced.  In Texas, the amount that you would receive will be reduced by the amount equal to the percentage of your fault.  Also, under Texas Statute, caps are placed on medical malpractice awards; it is important to realize this if you have been injured by medical negligence.

Arbitration and mediation are also two options that may be explored during a lawsuit in hopes of reaching a settlement before the suit goes to trial.  At any point during the lawsuit before a final judgment is reached, the two parties may settle if they come to an agreement.

If you plan on filing a lawsuit, be aware of the statute of limitations for such actions in Texas.  Under Texas Statute, a personal injury lawsuit must be filed within two years of the date the injury occurred.

Filing a personal injury claim is the first step after an injury occurs, although a lawsuit may be necessary if a settlement cannot be reached.  An attorney can help you understand which option is best for you, given your current situation.

To speak with an attorney at Sutliff & Stout about your case, please call (713) 987-7111 or fill out the short form below. We look forward to serving you.