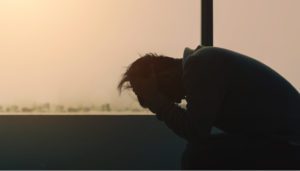 Being in a severe car accident can have a tremendous psychological impact on a person that can last for years. Most victims measure the severity of their car accident through their injuries and financial burdens. The symptoms of post-traumatic stress disorder (PTSD) that they’re left with often do not get addressed. Like some physical injuries from a car accident, PTSD can take years, even a lifetime, to heal. Studies by the National Center for Biotechnology Information demonstrate that people who experience a devastating car accident are at high risk for psychological problems, especially PTSD.

Despite these studies showing that emotional health can suffer significantly after a bad car crash, insurance companies and defense teams fight to refuse compensation for claims of mental anguish, arguing that PTSD doesn’t qualify as a severe injury that the victim is entitled to damages for.

The personal injury attorneys at Sutliff & Stout understand how traumatic a severe car accident can be for the victims involved. Post-traumatic stress disorder is a real consequence that victims face, which can make the smallest things feel overwhelming. Our injury attorneys are passionate about helping injured accident victims in Houston who are suffering both physically and mentally. The following provides further information about PTSD after a severe car crash.

The American Psychology Association (APA) describes PTSD as a psychiatric disorder that occurs in people who have witnessed or experienced a traumatic event. Examples of traumatic events that can cause PTSD include:

According to the APA, about 1 in 11 adults in the U.S. are likely to endure PTSD sometime in their lives. The symptoms of PTSD typically affect women twice as much as men.

After a severe accident, a person who has PTSD might have troubling thoughts and feelings that can last for some time. Nightmares and flashbacks can cause a person who has PTSD to have difficulty sleeping at night. For those who are plagued with significant PTSD symptoms, they might feel extreme emotions, like alienation and detachment. Serious car accident victims might forego riding or driving a car for a while because their PTSD makes the experience too stressful. These feelings are normal after a severe accident. Seeking help from a psychiatric professional to help deal with these intense emotions after an accident can help victims find relief sooner than those who choose to avoid seeking help from others.

What are the Symptoms of Post-Traumatic Stress Disorder?

It can be challenging to recognize PTSD symptoms in yourself as you’re experiencing them. Sometimes, it can take months or years before you realize that PTSD is the cause of your mental anguish. When diagnosing the disorder, the APA groups symptoms of PTSD into four categories, depending on the person and the situation. Those categories include:

After a traumatic event, victims will often try to avoid anything that might serve as a reminder that takes them back mentally to the accident. To avoid reminders of the accident, victims usually avoid certain people, places, situations, and activities that could trigger a bad memory.

Some victims feel detached from the world after a traumatic event. Negative feelings and thoughts manifest in different ways. Victims suffering from negative thoughts might have distorted beliefs about themselves or others. They might tell themselves, “I’m no good” or “You can’t trust anyone.”

Involuntary memories are continuously intrusive thoughts that a victim with PTSD might suffer. Those who have PTSD can experience vivid night terrors and flashbacks that can feel like an endless cycle of reliving the accident. That’s often a symptom that car crash victims with PTSD experience.

Some victims feel irritable and are prone to sudden angry outbursts after an accident. Behaving recklessly or in a self-destructive manner, along with having difficulties concentrating or sleeping, are all arousal and reactive symptoms of PTSD.

How Do I Know if I’m Experiencing PTSD After an Accident?

There are specific behaviors that doctors consider before diagnosing a victim with PTSD. Before making the diagnosis, victims must be experiencing these symptoms for a month or longer. The symptoms must be so intense that it affects their daily life and causes significant ongoing emotional distress. Another indicator of having PTSD is accompanying conditions, such as:

Car accident victims can experience PTSD symptoms for months after the accident. For severe and fatal accidents, a victim might suffer for years. These symptoms usually show within three months, but the APA notes that it can take longer.

How Do I Seek Damages for PTSD After a Car Accident?

Post-traumatic stress disorder is a real thing that affects a person’s personal and professional life in more ways than one. After suffering mental and physical anguish from an accident caused by the negligence of another driver, you’re legally entitled to sue for compensation for your injuries, treatment, hospitalization, and medical costs from your recovery. You deserve to be compensated for your physical injuries and your mental grief caused by the carelessness of another.

Damages that personal injury attorneys at Sutliff & Stout seek for car accident victims include compensation for medical costs, lost wages, future lost wages, and non-economic damages for emotional distress, like symptoms of post-traumatic stress disorder. Insurance companies and the party at-fault will try to argue against paying non-economic damages, but the injury attorneys at Sutliff & Stout are diligent and aggressive when it comes to winning the settlement you deserve in your injury claim.

If you’ve been in a severe car crash and are fighting against insurance companies to win a fair settlement, the car accident lawyers at Sutliff & Stout can help. We’ve recovered hundreds of millions for victims after being hurt in car crashes in the Houston area. We understand the complex laws that surround Texas’ injury laws and work tirelessly to seek justice that our clients deserve.

You should not have to face the financial burden of recovering from mental anguish caused by PTSD after a severe car crash. The attorneys at Sutliff & Stout are here to help you restore your financial and emotional wellbeing. For a free case evaluation, complete an online contact form or call today at (281) 942-8694.