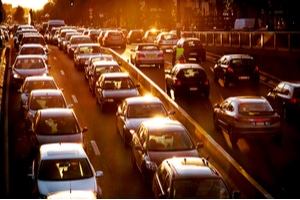 The commute many Texans make every day to and from work can be a stressful ordeal. Nobody enjoys a long commute, but unfortunately, this trend has been on a steady incline for the past few years. A study released by the AAA Foundation detailed that Americans are spending a weekly average of 20 more minutes on their commute than they did five years ago.

Altogether, Americans across the country spend an astonishingly high amount of time in their vehicles commuting to and from work, totaling 70 billion hours each year. Unfortunately, the extra time drivers spend on highways increases their risk of being injured in an accident. Houston highways are particularly congested, and Texans must exercise vigilance on the roads to ensure they arrive home alive and well at the end of the day.

What Are Average Drive Times for Commuters in Houston?

The AAA Foundation study does not provide details on commuting time for each state. However, the Houston Public Media covered the study with a breakdown of commute time to get to work in the Greater Houston area. Their report showed that most drivers clock about 30 minutes on average each way going to and from work. Compared to five years before, the average time for Houston commuters has increased by one minute.

Why Are Long Commutes Dangerous for Drivers?

The longer drivers spend commuting on highly trafficked and heavily congested roads, the more they are exposed to severe accidents. Many drivers become more anxious or fatigued after some time behind the wheel, and, as a result, become more careless or aggressive. Some drive at excessive speeds or weave through traffic to get to their destination faster. Others might try to take advantage of the time spent sitting in their vehicles by putting on their makeup, eating, texting, updating social media, or other distracting tasks behind the wheel.

“… It’s a call to action for drivers to pay attention, stay alert, and really focus on driving. Put down the phone and certainly don’t drink and drive.”

How Dangerous Are Highways in Houston?

Paying attention and staying alert while driving is advice that all drivers, especially those in Houston, should follow. We all see individual car crashes on the side of the highway, but all together, these crashes add up to an astonishing number. The Houston Chronicle released a series of reports in 2018 which state that 640 people die each year on Houston highways, and 2,850 more are severely injured. Compared to all other major metro areas, these facts made Houston the deadliest major metro area in the U.S.

Four out of five people drive alone on their commutes in Houston. That is one of the reasons attributed to the high number of crashes in the area. Other factors that make highways in the Houston area dangerous include:

What Demographics Have the Highest Drive Times?

According to the AAA Foundation study, people between the ages of 35 and 49 have the longest drive times in the nation, averaging at 59.6 minutes each day. Some might be surprised to learn that senior citizens aged 75 and older also spend a considerable amount of time on the road, averaging about 34.8 minutes per day. On average, the AAA Foundation study found that men drive 19% more than women.

These statistics are a clear indication that Houston drivers spend a great deal of time commuting and are at a higher risk of being injured in an accident. While the COVID-19 crisis may have relieved some people from making a long commute as they work from home, others don’t have a choice and face the genuine threat of a car accident. If you’ve been injured by a careless driver while commuting in Houston, the car accident lawyers at Sutliff & Stout can help.