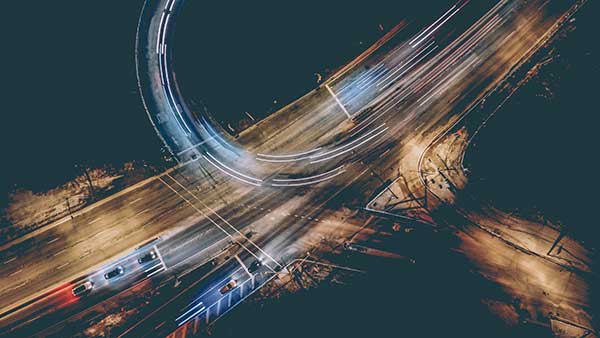 If you’ve been involved in a collision involving multiple vehicles, chances are that it will be much more difficult to navigate your insurance claim process. The increased difficulty is caused by the variety of different possible causes of the collision.

Getting in any car accident is enough to cause a considerable amount of stress, not to mention potential bodily injury and damage or loss of property.

But when you’re involved in a collision with multiple drivers and insurance policies, it can be a logistical nightmare to assign fault and keep track of the claim process while you simultaneously recover from the accident itself.

The typical multiple-car accident usually happens in one of three ways. Do one of these scenarios sound familiar?

1. A car unsafely traveling at a high rate of speed causes a multiple-car accident

This scenario plays out often on Texas highways, but also happens in urban and residential areas. This can be one of the most dangerous accidents on roads where there is a large density of vehicles and a careless, speeding driver — often during rush hour traffic — impacts a vehicle while attempting an unsafe lane change or other dangerous maneuver to skip ahead in traffic.

The unsafe driver typically hits one car, bounces off onto another car, causing the other two cars to hit someone or something else in the process.

Here’s an example of what happened recently during a case we worked on:

A driver traveling southbound on the Gulf Freeway in Houston made an unsafe lane change at a high rate of speed, causing the car in the lane he was changing to veer his vehicle toward a semi-truck to avoid a collision.

Unfortunately, when the driver that veered his car to avoid the collision attempted to correct the vehicle, it struck another driver traveling directly in front of him in the same lane.

Because the cars were traveling at a high rate of speed, the car that got “bumped” spun out and ended up facing the opposite direction in oncoming traffic, causing two other cars to collide.

Although there were multiple drivers and vehicles involved in this accident, the driver responsible for the accident was the one who first made the unsafe lane change, and thus, his insurance company was responsible to pay.

Insurance companies having to deal with a claim in which multiple drivers are involved often stall and delay claims in an effort to minimize what they pay the claimants.

2. A driver gets hit from behind by a careless driver, causing a chain reaction of collisions involving drivers in the same lane

This is also a common car accident scenario and many times, the driver who impacted the vehicle from behind is the source of accident, and is therefore to blame.

However, when a “chain reaction” accident happens, investigators also look to make sure that the vehicles involved in the chain reaction were driving safely themselves — such as by not following too close behind another vehicle, an unsafe driving practice that may indicate partial fault.

Take this case for example:

This is a fairly complicated accident scene because unsafe driving from several drivers caused the pile-up. For example, the last two vehicles failed to keep a safe distance from the vehicle that they impacted, which was a contributing factor in them colliding with the cars.

The last driver in particular, the one at the very back, was both speeding and failed to maintain distance. These types of cases involve multiple parties, multiple drivers who were at fault, and of course, multiple insurance policies.

Finding out who should pay and the factors that contributed to this type of accident can be extremely difficult without a legal expert on your side.

3. An accident happens on a road or highway due to poor visibility (rain, fog, snow, or darkness), and other car crashes into the cars previously involved in the collision

Many of these accidents may be unavoidable, but in some cases, drivers who are not paying attention or whose vision is impacted by poor visibility complicate matters.

You may recall that recently in Beaumont on Interstate 10, a 140-car pile-up left two drivers dead and injured dozens of others. The vehicles collided in dense fog that left trucks and cars in a twisted heap of metal. In that accident, more than 90 people were transported to the hospital.

Drivers reported that the fog was so thick that day, they did not immediately realize there was an accident ahead, triggering the massive chain reaction. Despite the dense fog, many of the drivers were reportedly driving at the posted speed limit of 70 miles per hour or above.

In the case of poor visibility, a person’s speed and driving conditions are essential to determine individual fault.

When multiple drivers are involved in a car accident, there’s often a race between the claimants to file against the at-fault party due to the limited insurance the at-fault driver can pay out. This means that if a driver causes a multiple-car accident but only has the minimum liability insurance policy, there will likely not be enough benefits to compensate for all of the other drivers’ injuries and property damage.

Basic policies usually only cover $25,000 in property damage, so getting your car fixed can be a problem. That’s why it’s incredibly important that drivers in Texas carry full coverage in addition to generous underinsured and uninsured motorist coverage (UIM/UM).

We recommend that you increase the UIM/UM minimum in your policy if you can afford to do so, and these cases are a textbook example of why.

If you’ve been involved in a multiple-car accident and are still looking for answers and want to maximize the benefits you receive or are unhappy with the claim offer that you’ve received, contact a legal professional to look at the merits of your claim and the nature of the accident to ensure you’re getting the compensation you deserve.